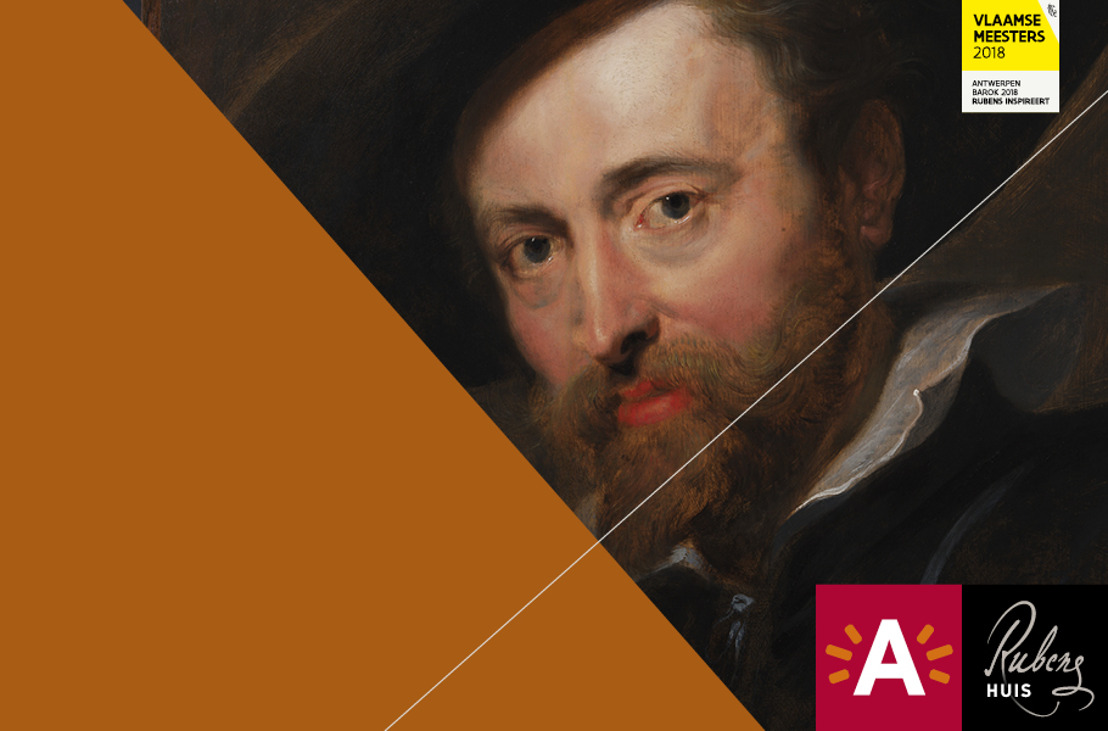 The Rubens House collection will be enriched with several exceptional masterpieces specially for the festival ‘Antwerp Baroque 2018: Rubens Inspires’. The museum had already welcomed works by Tintoretto, Titian and Anthony van Dyck, and these will be joined from 1 June 2018 by no fewer than seven additional masterpieces. The most eye-catching of these will be the Martyrdom of St Andrew from the Fondación Carlos de Amberes in Madrid, which is ‘coming home’ for the first time in nearly 400 years. The monumental altarpiece will be on show at the Rubens House for three months only. Rubens painted it in around 1638 for Jan van Vucht, a Fleming who represented the Plantin-Moretus press in Madrid. It was through Balthasar Moretus that Van Vucht came into contact with Rubens. The latter drew inspiration for this monumental altarpiece from the composition of the same name by his teacher, Otto van Veen, which can be seen within walking distance in St Andrew’s Church in Antwerp. The placement of St Andrew in the canvas is identical, but Rubens positioned the saint closer to the beholder, making his version more powerful and dynamic than his master’s composition. Andrew, who looks older but, thanks to his muscular body, more vital than in Van Veen’s painting, draws all the viewer’s attention. Rubens focuses solely on the central figure and the key protagonists, where Van Veen developed the background to a much greater degree. With his powerful composition, Rubens perfectly illustrates the goals of the Counter Reformation and the leading role that artists played within it. Van Vucht received the work shortly before his death in 1639 and donated it to the Flemish hospital in Madrid, San Andres de los Flamencos. It is leaving the Spanish capital for the first time since 1639, especially for ‘Antwerp Baroque 2018’.

Jacob Jordaens (1593–1678), was one of the ‘Three Tenors’ of Southern Netherlandish Baroque, together with Rubens and Van Dyck. The Rubens House is presenting a self-portrait, which Jordaens painted around 1645–49. He was Antwerp’s most important artist at that point, following Rubens’s death in 1640 and that of Van Dyck in 1641. Johannes Meyssens (1616–1670) published a portrait of Jacob Jordaens in his Images de divers hommes d’esprit sublime, a print now considered an iconic image of the artist. It reproduced a painted self-portrait by Jordaens that can be seen today at the Staatsgalerie in Neuburg-an-der-Donau. The work being shown in the Rubens House, is a studio replica, with finishing touches by Jordaens. Acquisition of the portrait enables the museum and the King Baudouin Foundation to show Jordaens the way he really was, self-confident but modest. It also makes the Rubens House the only museum north of the Alps that can show self-portraits of Rubens, Van Dyck and Jordaens.

At the same time, the collection is expanding to include works by contemporaries Adam de Coster (1568–1643), Frans Floris (1517–1570), Daniel Seghers (1590–1661) and Jan van den Hoecke (1611–1651), as well as Rubens himself. A painted portrait by the latter shows Jan Wildens (1585/86–1653), with whom Rubens regularly collaborated. The Antwerp landscape artist also features in the Picture Gallery of Cornelis van der Geest by Willem van Haecht, highlighting the importance of Wildens at the time. Man and Boy by Candlelight is a new, Caravaggesque acquisition for the Rubens House. It closely resembles in its style and execution the Denial of Peter by Gerard Seghers, a favourite of the museum’s visitors. The Rubens House is also hosting work by Rubens’s colleagues Daniel Seghers, Adam de Coster and Jan van den Hoecke. A head study by Frans Floris, lastly, illustrates the importance of this influential sixteenth-century master to Rubens and the Antwerp painting school. The masters and the artworks alike now appeal to the imagination even more, thanks to the renewed public experience, including an updated gallery and audio guide and several digital applications. The Rubens House will present a new masterpiece towards the end of September 2018.

View from the scaffolding

Work on the portico and the garden pavilion is still in full swing. These two 400-year-old elements are all that remains of Rubens’s original home, and also provide rare evidence of the master’s work as an architect. Because of the restoration, the imposing portico, the focal point of the Rubens House, can’t be viewed in its entirety. To Rubens, this was not a purely decorative structure: its various elements formed part of the larger ensemble that the master had in mind for his home and studio. It was, and still is, Rubens’s calling card for visitors to his house. ‘Antwerp Baroque 2018’ offers a one-off opportunity to climb the scaffolding and view the restoration at first hand: never before have visitors had such a great opportunity to get so close to Rubens’s architecture. A digital application in the museum courtyard explores the portico’s symbolism, history and secrets using 3D simulations, traditional visual material and photographs of the ongoing works. A walk around the scaffolding allows visitors to view the skills of the restorers at first hand. Individual visitors can access the site on Wednesday, Saturday and Sunday mornings. Groups get to climb the scaffolding at the end of their tour. For connoisseurs, there is a more detailed site visit, ‘Rubens: Pictor Doctus’, which is devoted entirely to Rubens as the portico and garden pavilion’s architect. To mark the festival year, the portico has been specially decorated in its scaffolding.

Rubens House as guest of the MAS

The Rubens House has joined forces with the Museum aan de Stroom (MAS) to stage ‘Michaelina: Baroque’s Leading Lady’, which highlights the life and work of an exceptional artist. Her very first retrospective will grant the unknown but highly talented Michaelina Wautier (1604–1689) the place in art history she deserves.