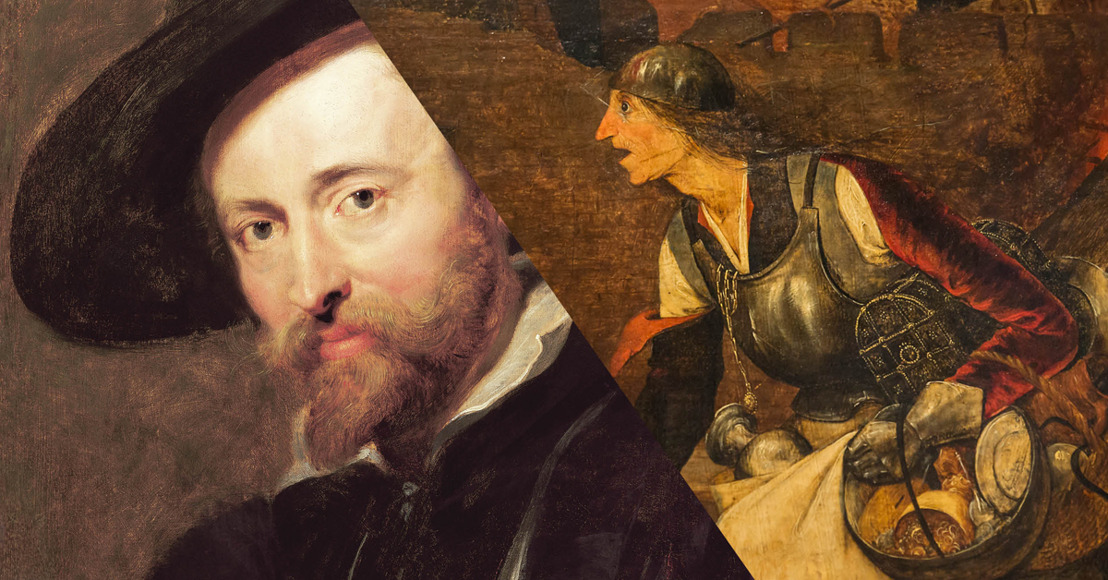 Restoration in a world-famous studio

The restoration of Peter Paul Rubens’s Self-Portrait and Pieter Bruegel the Elder’s Dulle Griet (‘Mad Meg’) will begin in January 2017. The process will take roughly a year and will be performed in stages. The work will be done by the Royal Institute for Cultural Heritage (KIK-IRPA), which has gained a worldwide reputation, not least through the restoration of the Van Eycks’ Lamb of God altarpiece.

For the duration of the restoration, the masterpieces will not be on view in Antwerp and will not be accessible to the public. The Rubens House and Museum Mayer van den Bergh will organize a variety of public initiatives to share information about this exceptional restoration process with a wider audience.

The restorers will begin by examining the two paintings, based in the first instance on the available expert data. In 2012, a team headed by Prof. Maximilaan Martens from the University of Ghent used macrophotography, infrared reflectography and X-ray photography to reveal some surprising facts about Dulle Griet. It was shown, for instance, that Pieter Bruegel himself gave the painting its title, as the word ‘dul’, written in pen and ink, was found beneath the paint surface. The work is likely to have formed a series with The Fall of the Rebel Angels (Brussels, Royal Museums of Fine Arts of Belgium) and the Triumph of Death (Madrid, Museo Nacional del Prado), confirming its linking function. The research also provided a detailed image of the painting’s underdrawing. It was found, for instance, that ‘Mad Meg’ originally stuck out her tongue. Bruegel subsequently decided to paint only the severe contours of her lips. The original colours were likewise revealed.

The Conservation Department at London’s National Gallery examined Rubens’s Self-Portrait in 2014. It was found that the portrait’s existing layer of varnish is extremely complex in composition and will have to be meticulously removed. The results of this research might provide increased insight into Rubens’s painting technique and the construction of the panel. Although Rubens was an extremely methodical craftsman in every respect, he was in the habit of constructing the panels he painted for himself – landscapes, for instance, and family portraits – from different planks of wood. This makes the panels in question especially fragile, with inevitable implications for conservation. It is tricky, for instance, to transport works of this kind, as each join represents a potential risk. The Self-Portrait panel too is made up of different planks.

The restorers will begin by subjecting both paintings to technical examination, including dendrochronology and pigment analysis, before beginning the restoration proper.

The Royal Institute for Cultural Heritage (KIK-IRPA) in Brussels has invited everyone to an open day on Thursday 9 March 2017. It will be a unique opportunity to take a look behind the scenes at your own pace at the study and restoration of artworks. Passionate specialists will be on hand in each documentation department, workshop and laboratory, to explain the process.

The Self-Portrait and Dulle Griet will not appear again in all their glory until 2018. The Self-Portrait will be the number one calling card for the year-long ‘Antwerp Baroque City’ event. It is Antwerp’s way of honouring its most famous citizen and his Baroque cultural legacy. Rubens in all his finery will act as host of this urban cultural festival. Dulle Griet, meanwhile, will undoubtedly be the top attraction at Museum Mayer van den Bergh during ‘Bruegel Year’ in 2019. Restoration by the KIK-IRPA is taking place as part of a large-scale programme of events across Flanders in 2019 to commemorate the 450th anniversary of Bruegel’s death. The focus in the spring of 2019 will be on Brussels, with Antwerp launching its Bruegel programme in the autumn.