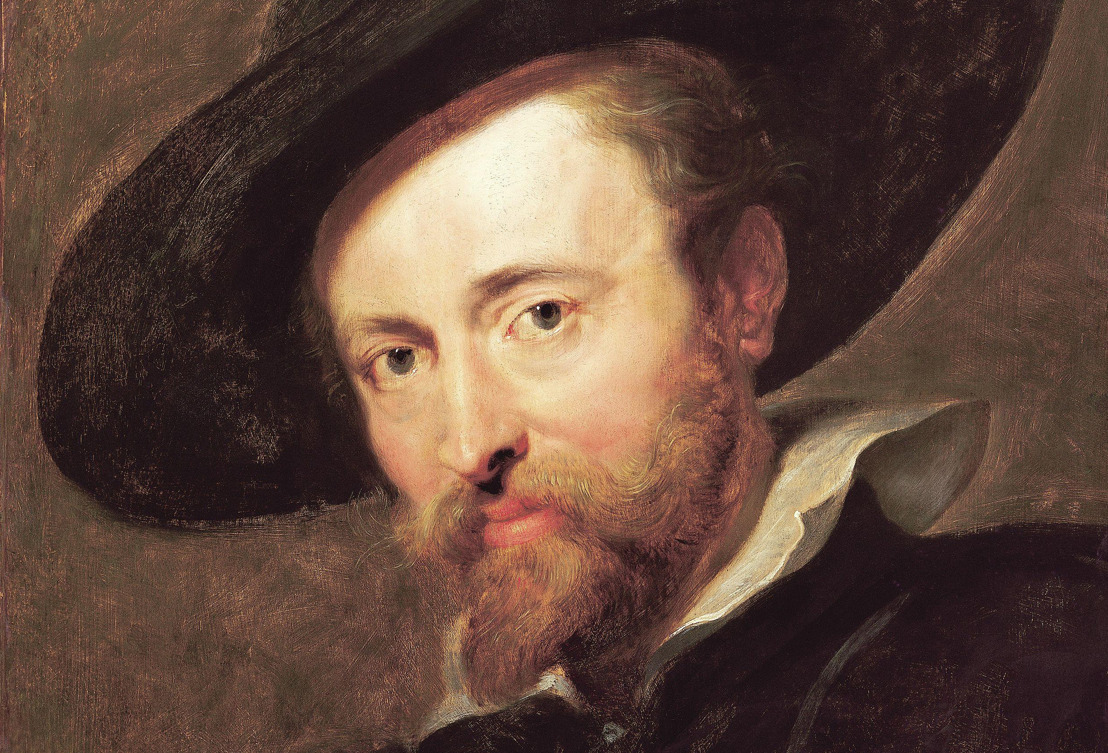 In January 2017, Rubens’s Self-Portrait was transferred to the Royal Institute for Cultural Heritage in Brussels (KIK) for research purposes and to undergo restoration. The KIK’s specialists unveiled the panel’s altered dimensions, overpaint and varnish layers, using sophisticated high-technological equipment. Multidisciplinary research was conducted, revealing the self-portrait’s chequered material history, which can be explained by the fact that the painting changed hands so often. Previous owners had the painting restored or even sawn to size after the acquisition or before selling it. Originally Rubens’s self-portrait was painted on two vertical boards. Over time, however, its dimensions were altered several times and the boards even sawn to size. Sometime before 1956, four slats were added to enlarge it and the portrait may have possibly been oval-shaped at one time. Afterwards, the four corners were added to restore the portrait’s rectangular shape. The original support has not been preserved. The painted layers were transferred to a composite support, which was concealed under oak veneer. As a result of the many changes in the portrait’s dimensions, the sitter’s position on the panel is different than Rubens intended.

The restoration revealed that various layers of varnish covered Rubens’s original layer of paint. These have been removed along with the overpaint. In some places, eleven (!) non-original layers had been applied to the artwork. The amalgam of interventions to the pictorial layer over the past decades was quite disruptive on the visual level, distorting the perception of the self-portrait. Rubens’s artistry and technique were almost invisible to the naked eye. Now the entire original coat of paint has been unveiled. In places where old damage or wear was revealed, the restorers chose to visually integrate it in the painting, using light, reversible and illusionist retouching. As a result, any additions which were made over time have been preserved and touched up. Colour nuances or subtle indications point to the non-original additions, without being visually disruptive. Finally, the restorers applied a new layer of varnish to the panel and adapted the cradle (parquet).

After its restoration, Rubens’s self-portrait looks remarkably fresh, revealing all the details that remained invisible to the naked eye for many centuries, such as the artist’s sensuous red lips, the blushing cheeks, the white collar of his shirt, the variations in colour and the attention to the fabric and texture of his outfit. Rubens’s loose brushwork, which is apparent in the clothes and the background, stands out. In some places, the work is almost impressionistic, revealing the master’s hand again. The artist’s brush strokes have become visible again, transforming the self-portrait into a “new” artwork. Following the restoration, the host of ‘Antwerp Baroque 2018. Rubens inspires’ looks just as magnificent as on the day the artist signed the panel. After Rubens’s homecoming, Antwerp is now fully ready for the cultural city festival of 2018.